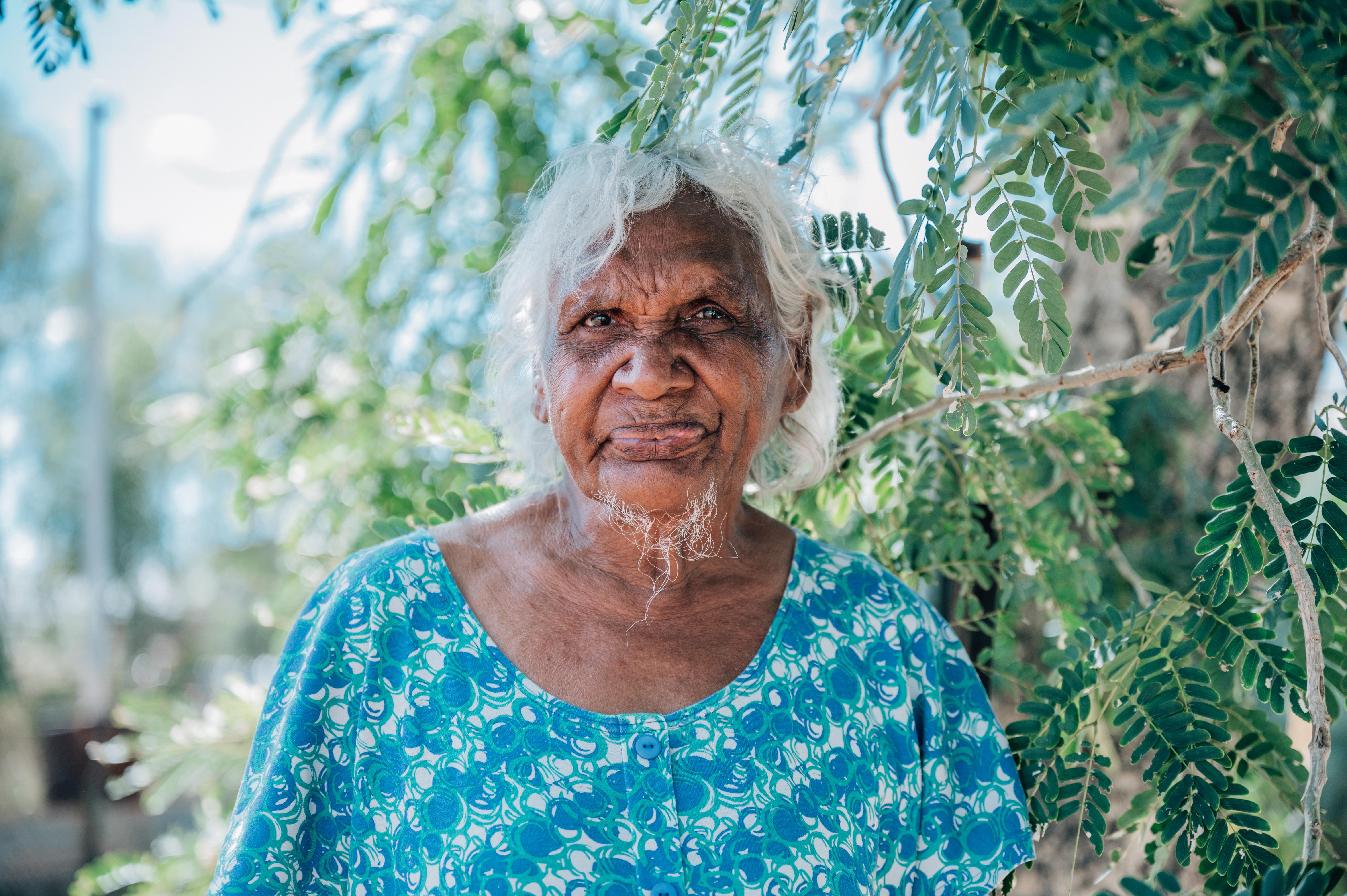 "My parents had moved in to town from Mt Florence Station in their ancestral Country in the Tablelands, but they still worked at the Station seasonally and we would go back there for school holidays sometimes. One of the jobs I remember my Dad used to have was as a dogger - tracking and catching dingoes."

Aileen Sandy is a Yindjibarndi artist from Roebourne. A member of a prominent family of Yindjibarndi artists, Aileen's mother comes from the Millstream Tablelands, and her father's country is around Mt Florence Station. Aileen's artwork is known for its distinctive straight lines, circles and dots, and depicts her traditional country around the Millstream Tablelands and the Fortescue River. Incorporating influences from basketry and weaving, Aileen's works display a blend of dotting and more contemporary influences. Earth reds and the varied colours that course across the Fortescue rock faces can be found in her work, often with river sand incorporated into her paint to achieve a textured effect on canvas. Since the start of her practice in early 2007, Aileen's works have won the Cossack Art Awards, Northwest Landscape Painting category (2010) and Painting by a Pilbara Indigenous Artist (2013), been acquired by the Art Gallery of Western Australia (2011), and commissioned by the Ritz-Carlton Hotel Company in Perth (2019). 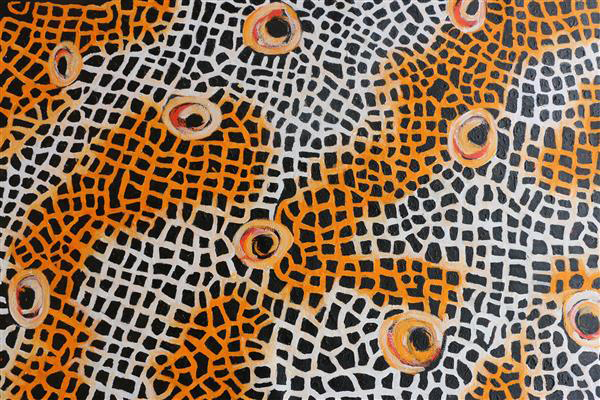 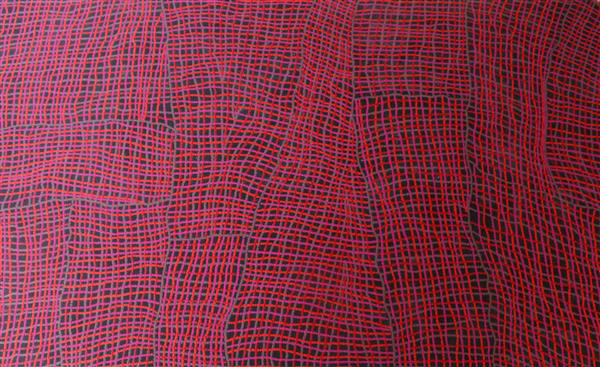 Aileen Sandy
Colours Through The Rocks
2020 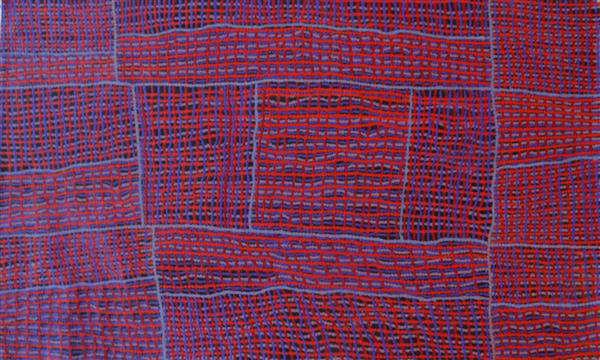 Aileen Sandy
Ochre through the Rocks
2020