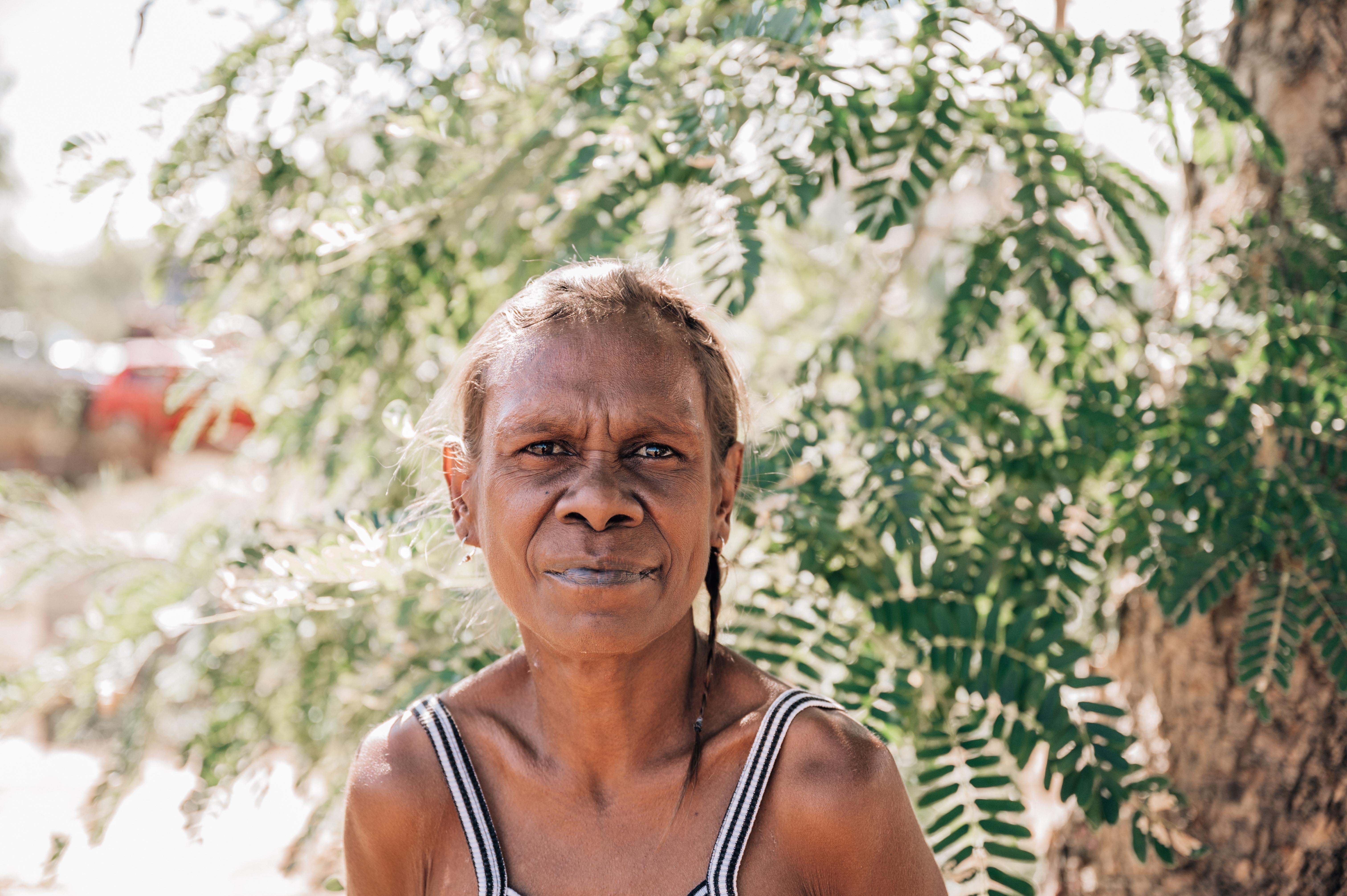 "Going to Mt Florence and Millstream is like going home. Mt Florence is my grandfather's Country. From primary school we used to go to camp out at Millstream with some of the old Yindjibarndi people from there to learn culture. Many of those old people were born there."

Donna Willis is Yindjibarndi artist from Roebourne who began her art career in early 2006. Donna paints the coastal country of the Pilbara and her father and grandfather's Country further inland, depicting the freshwater holes where they fished, as well as Sturt's Desert Pea, Mulla Mulla, and other varieties of the abundant flora that grows there. Donna has exhibited her artworks in the Pilbara and Perth and she won the Pilbara Landscape Prize in the 2009 Cossack Art Awards for her painting When the Rivers Run 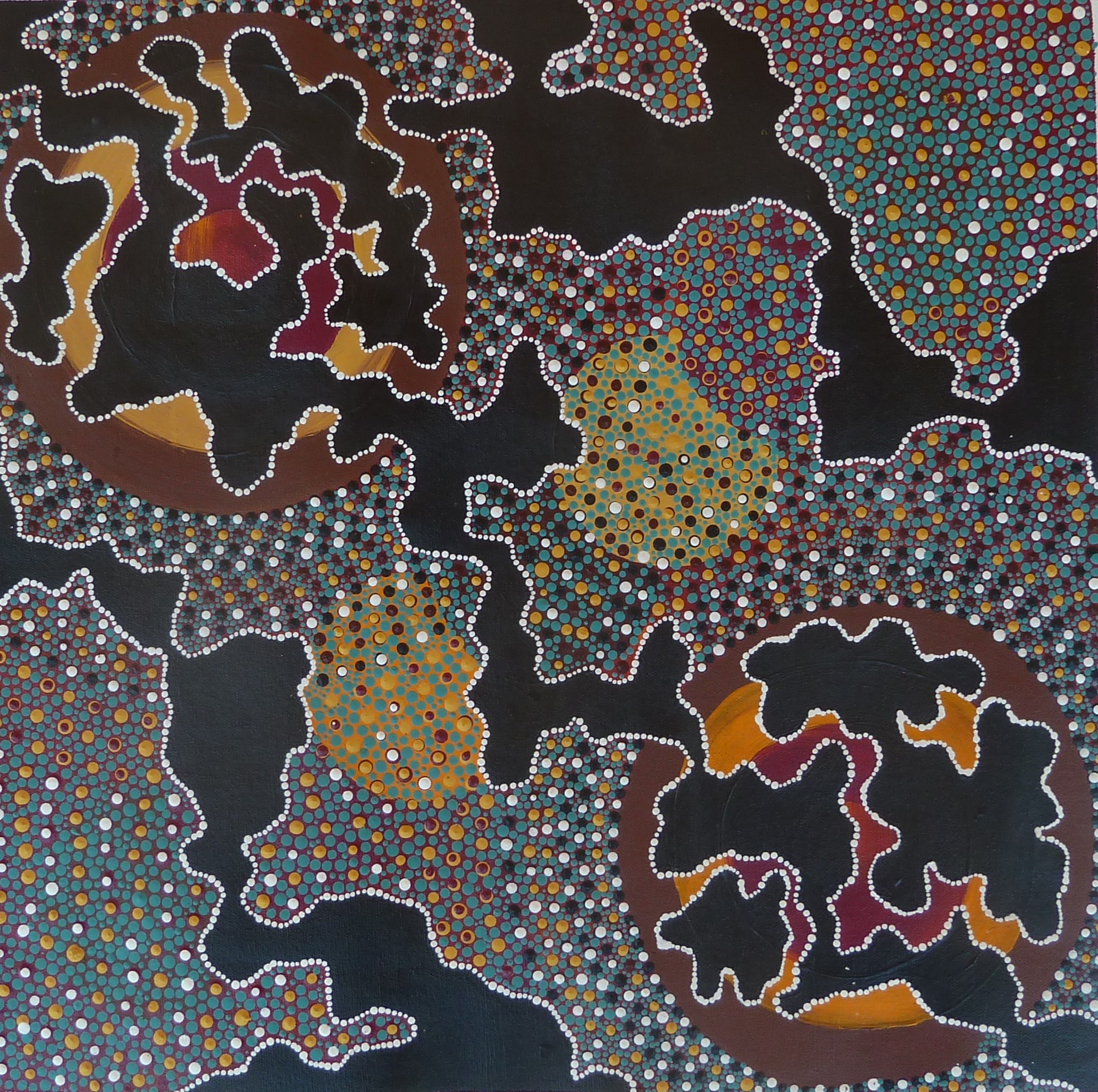 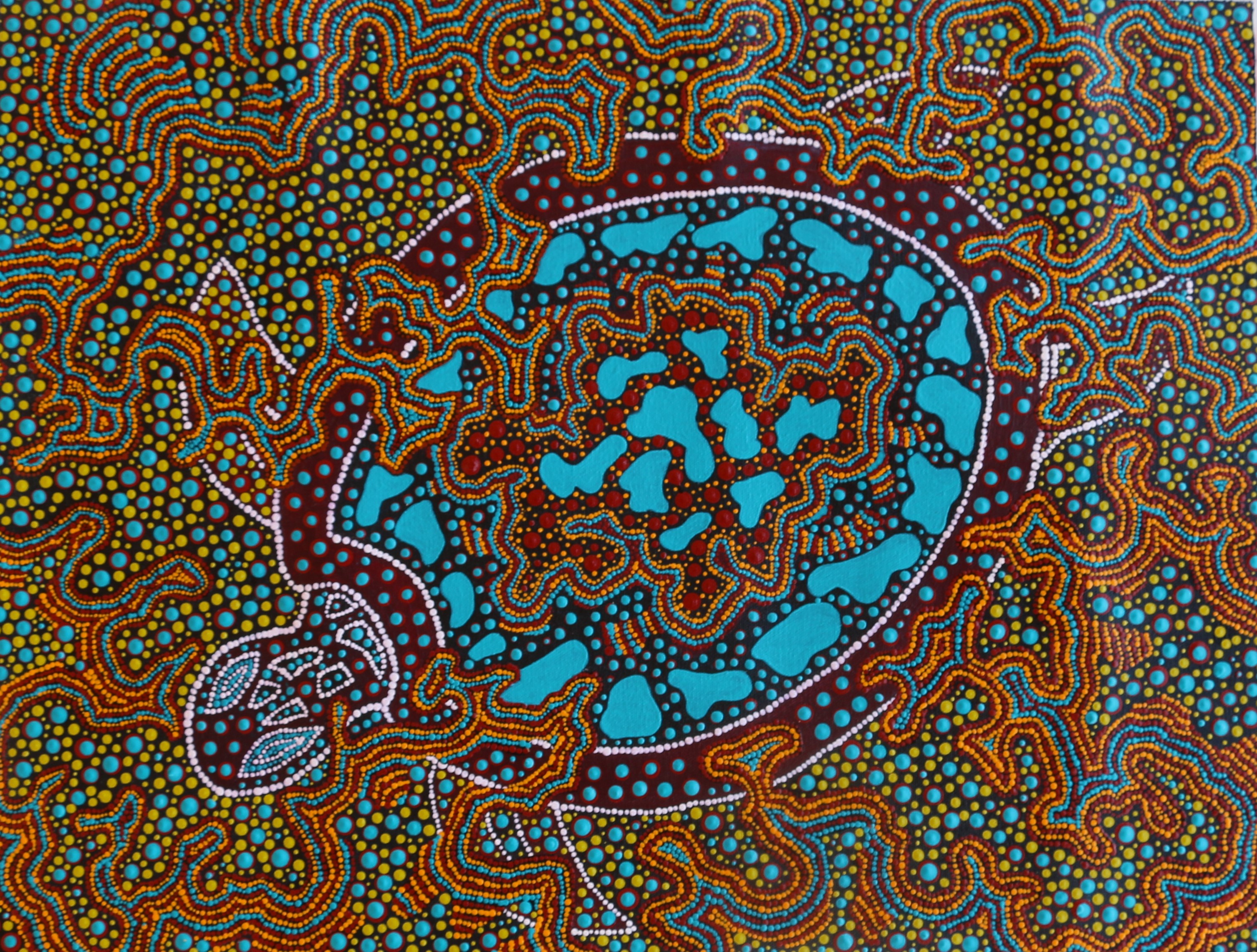