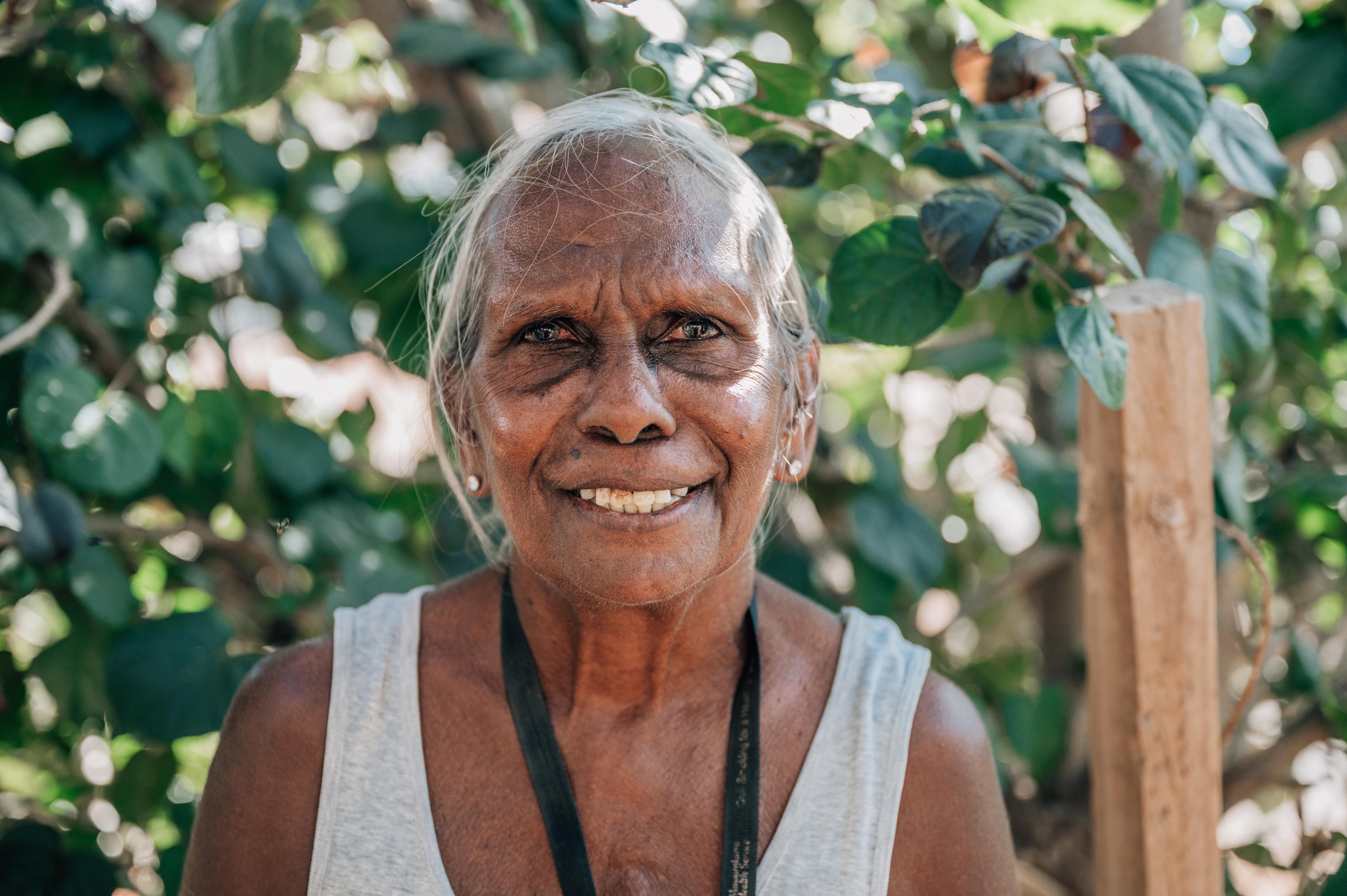 "According to Yindjibarndi law, in the beginning the sky was very low. When the creation spirits, Marrga (The Spirit God of The Land), arose from the ground they raised the sky and the world out of the ocean. This creation story is called Ngurra Nyujunnggamu (When the World was Soft). The Marrga (The Spirit God of The Land) gave names and form to the country and then to all the birds and animals. Finally, they created the Ngardangarli (Aboriginal people). This is a dreamtime story handed down by our ancestors."

Yindjibarndi artist Marlene Harold was born at Mt Florence Station where her father Ned Harold and her mother Hilda Fishook worked at the time. She has lived in the Kimberley and also at Mulga Downs Station and Wittenoom Gorge in the Pilbara. Now based in Roebourne, Marlene started painting in late 2006. Her artwork is characterised by its impressionist look, delicate mixing, layering technique, and the fluidity between highly charged colours and subtler blends. Marlene employs a variety of techniques such as dot painting with splatter and stick work to create her striking, contemporary renderings of sites and ancestral stories from her Country. She is represented in many private collections in Australia, and has been acquired by the Parliament House Collection Western Australia, the Holmes a Court Collection, and City of Joondalup. She has exhibited her artworks in solo and group shows in the Pilbara, Perth, Sydney and Singapore and has won prizes at the Cossack Art Awards for Painting by a Pilbara Indigenous Artist (2011 and 2014). In 2011, a painting by Marlene was chosen to be presented to Queen Elizabeth II on her visit to Australia for that year's Commonwealth Heads of Government Meeting.
‍ 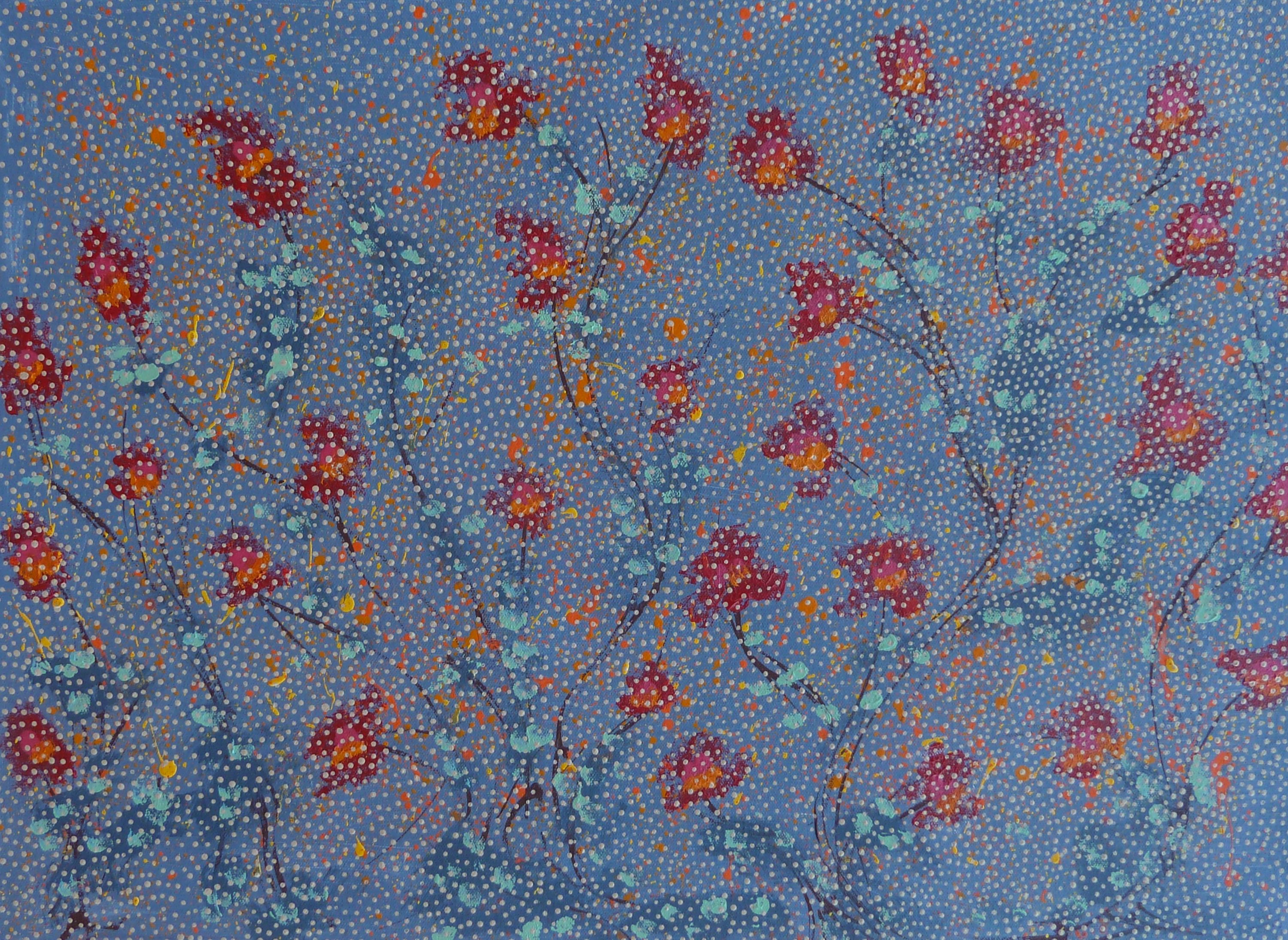 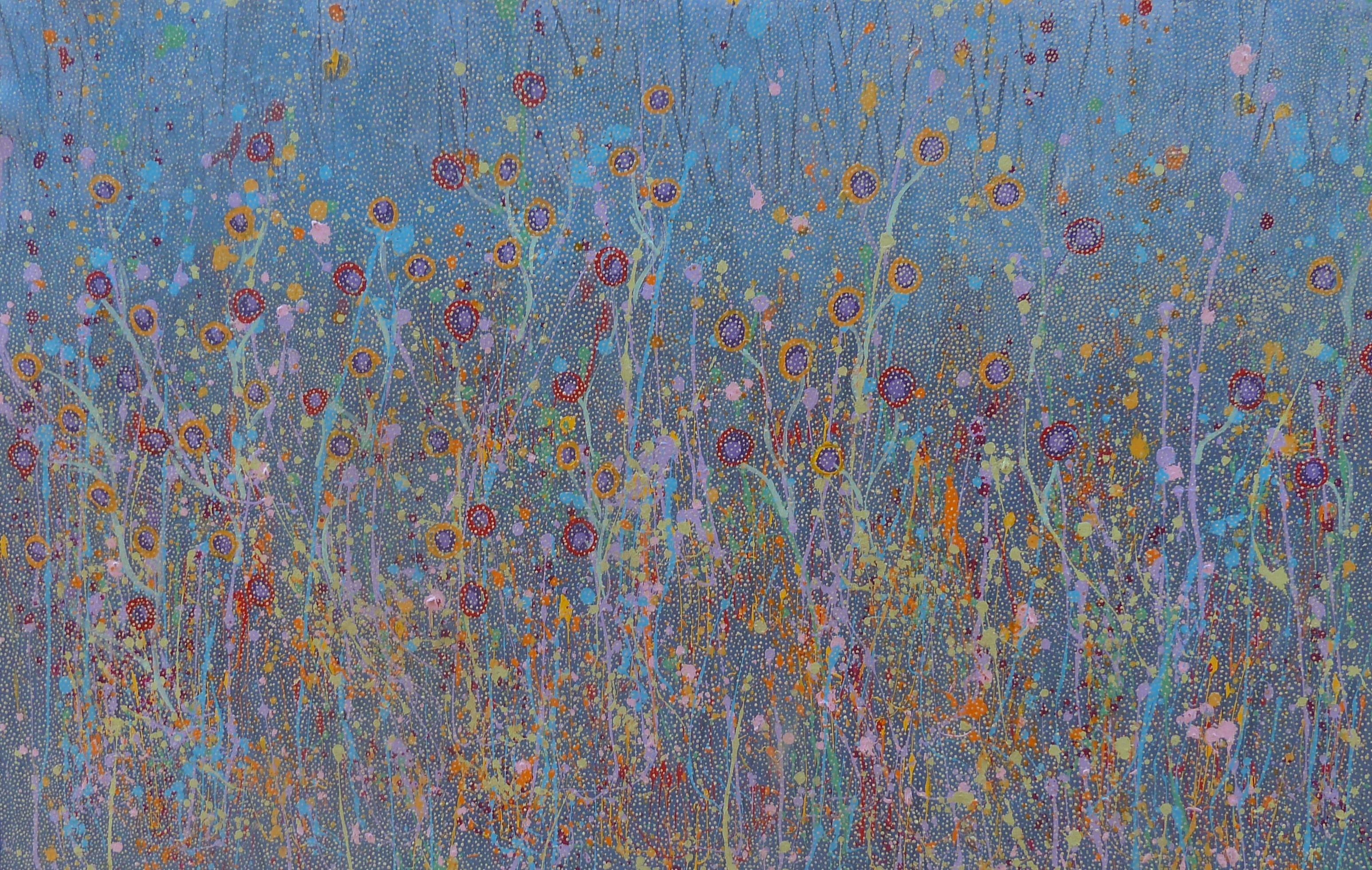 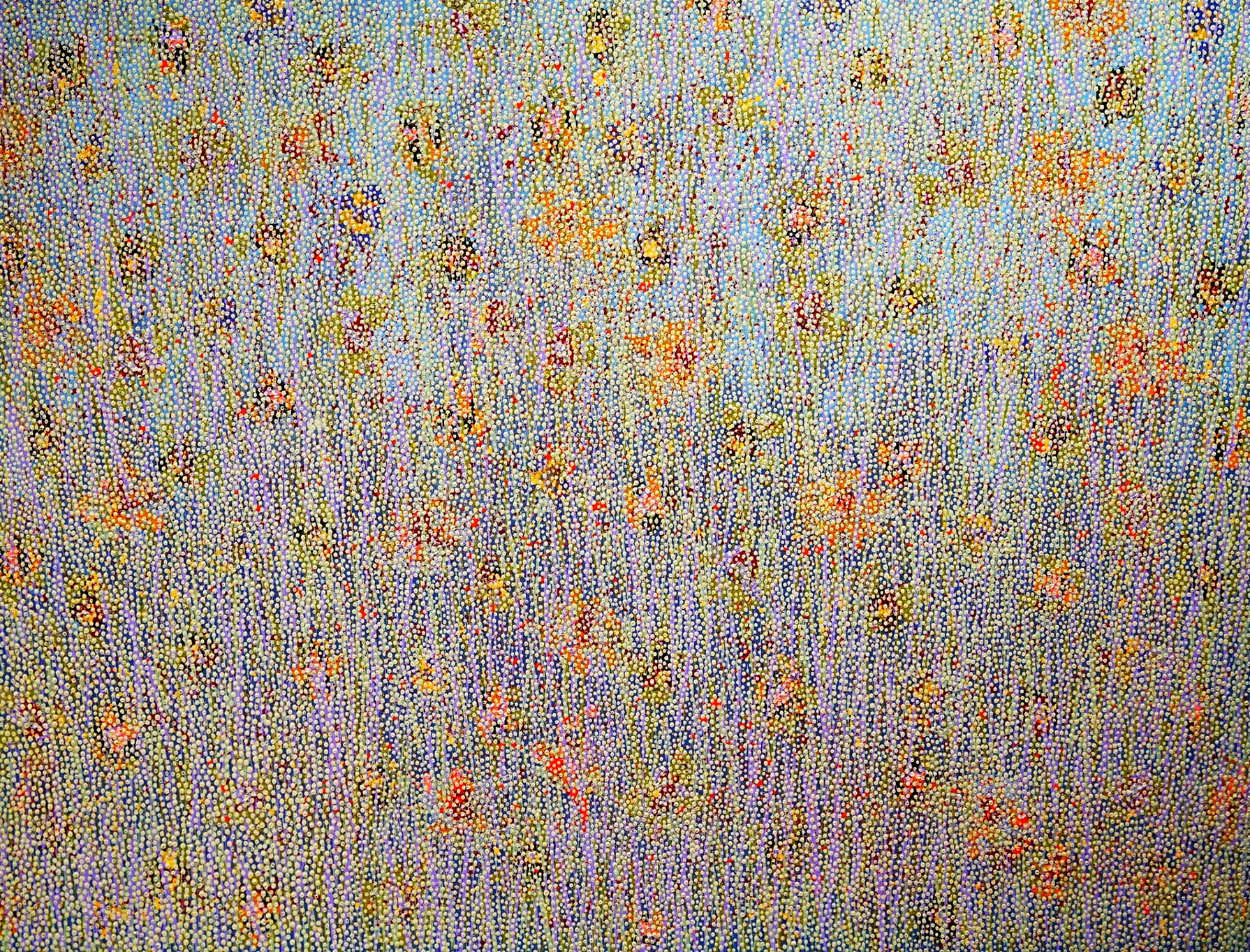