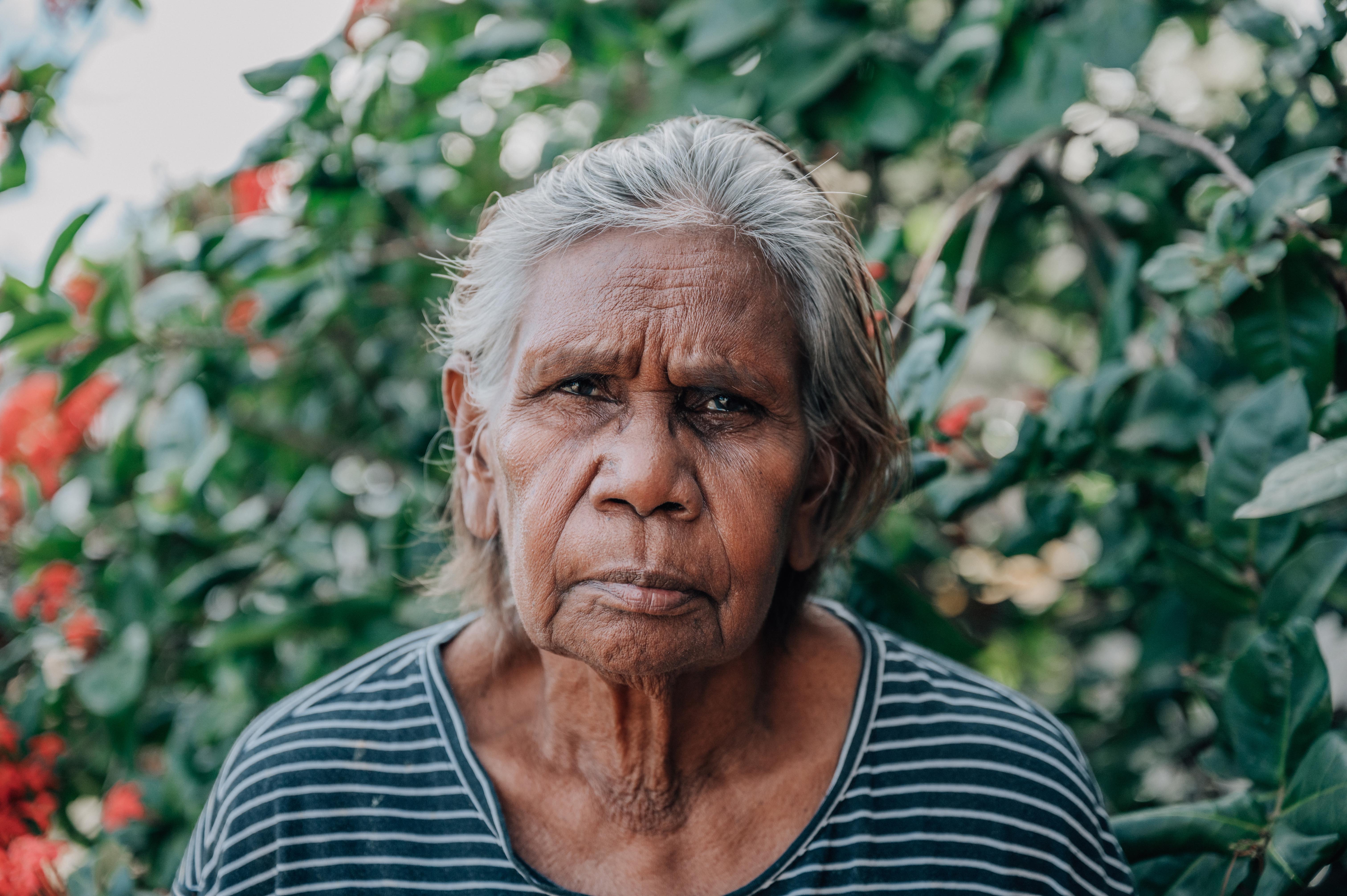 A Yindjibarndi elder and founding member of one of the region's first art groups, Bujinhurrba, Maudie Jerrold is part of the backbone of Pilbara Aboriginal art. Born in Hooley Creek near Wittenoom and raised in Roebourne, Maudie has witnessed and helped guide her community through dramatic lifestyle changes. Maudie's colourful and intricately patterned artwork relates to the landscapes of Yindjibarndi and Ngarluma Country of the Pilbara, paying specific attention to the flora of the area and often depicting plants or flowers that have a medicinal or ceremonial purpose. In 2006 Maudie was selected to visit Florence, Italy as part of Antica Terra Pulsante, an exhibition showcasing art from the Pilbara. In 2007 she became a member Yinjaa-Barni Art, bringing to the group her cultural knowledge and painting experience. Maudie is represented in both public and private collections in Australia and internationally and has won prizes at the Cossack Art Awards, including Best Artwork by Western Australian Aboriginal Artist (2009 and 2012). Her work has been exhibited in the Pilbara, Perth, Sydney, Singapore, Italy and Spain and has been acquired by the Art Gallery of Western Australia (2015).
‍ 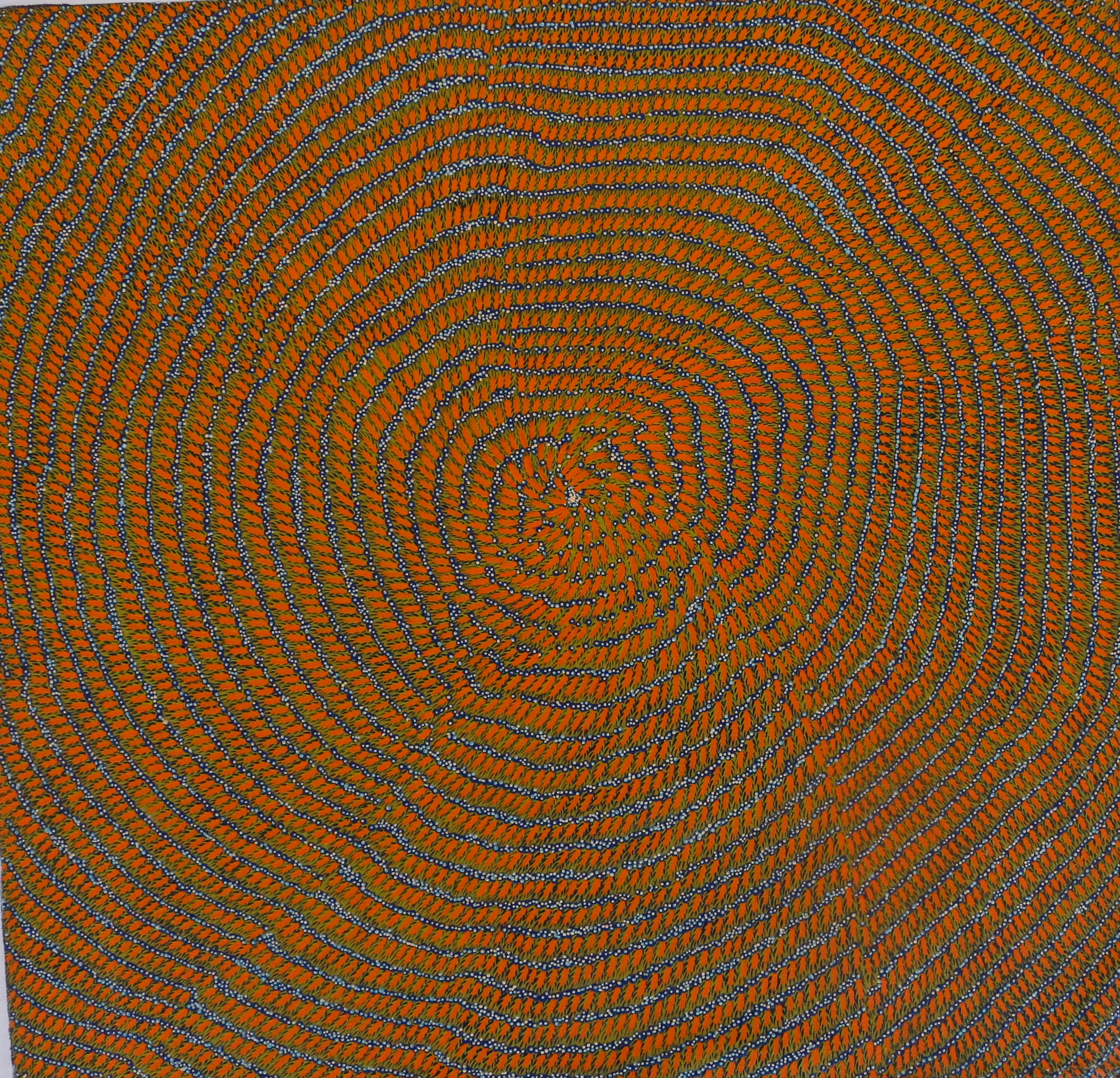 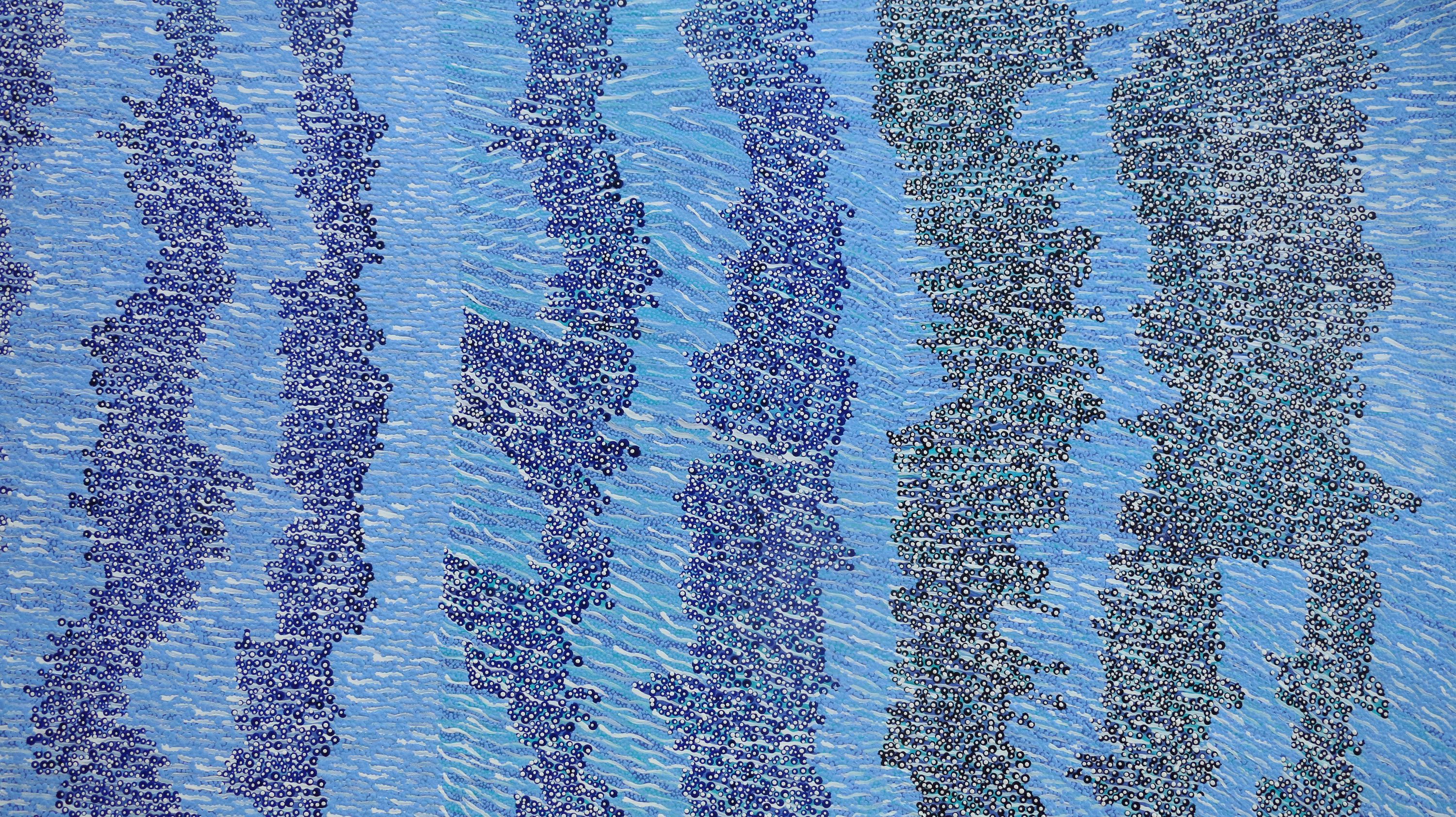 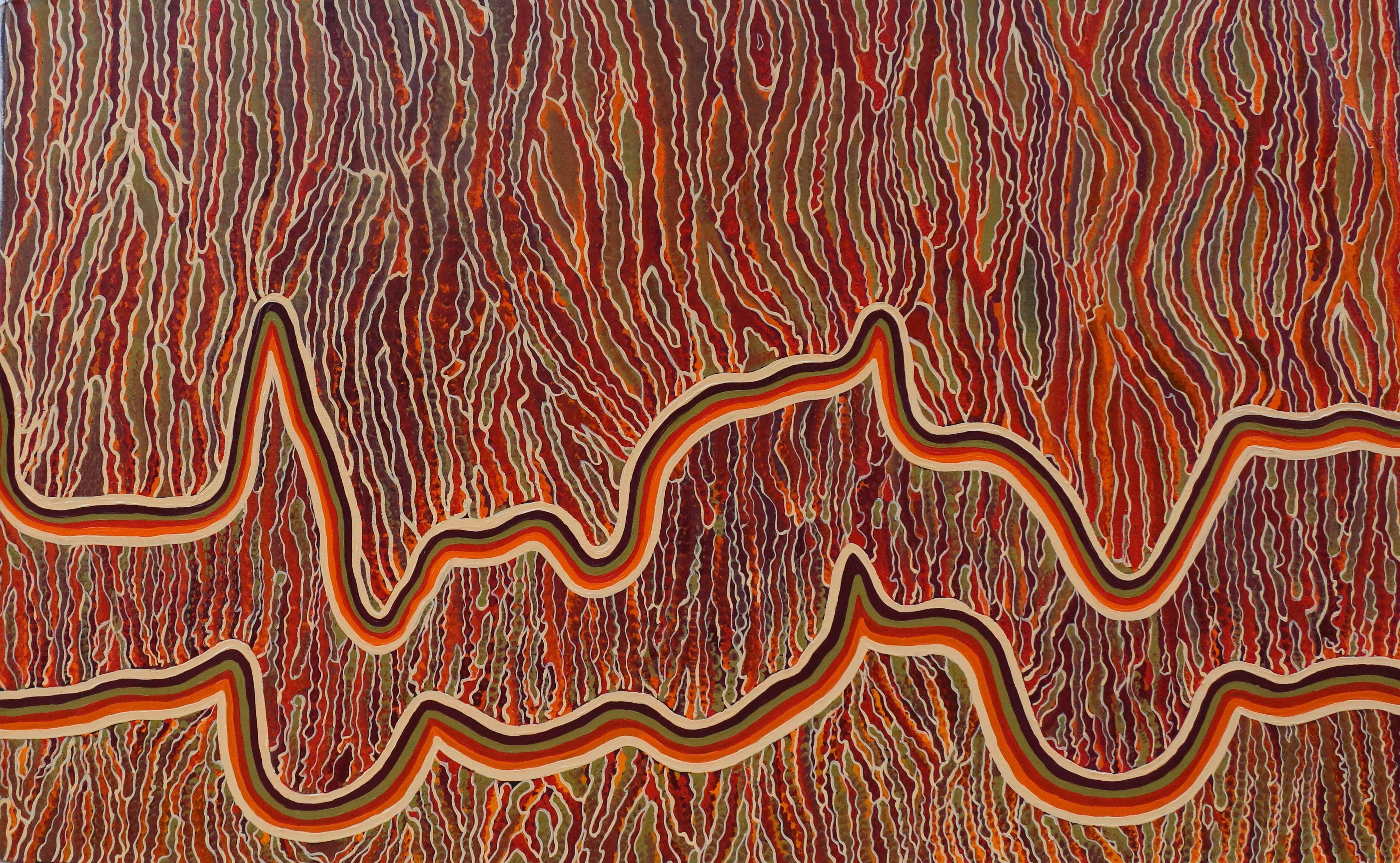 Maudie Jerold
Ochre Through the Rocks
2009