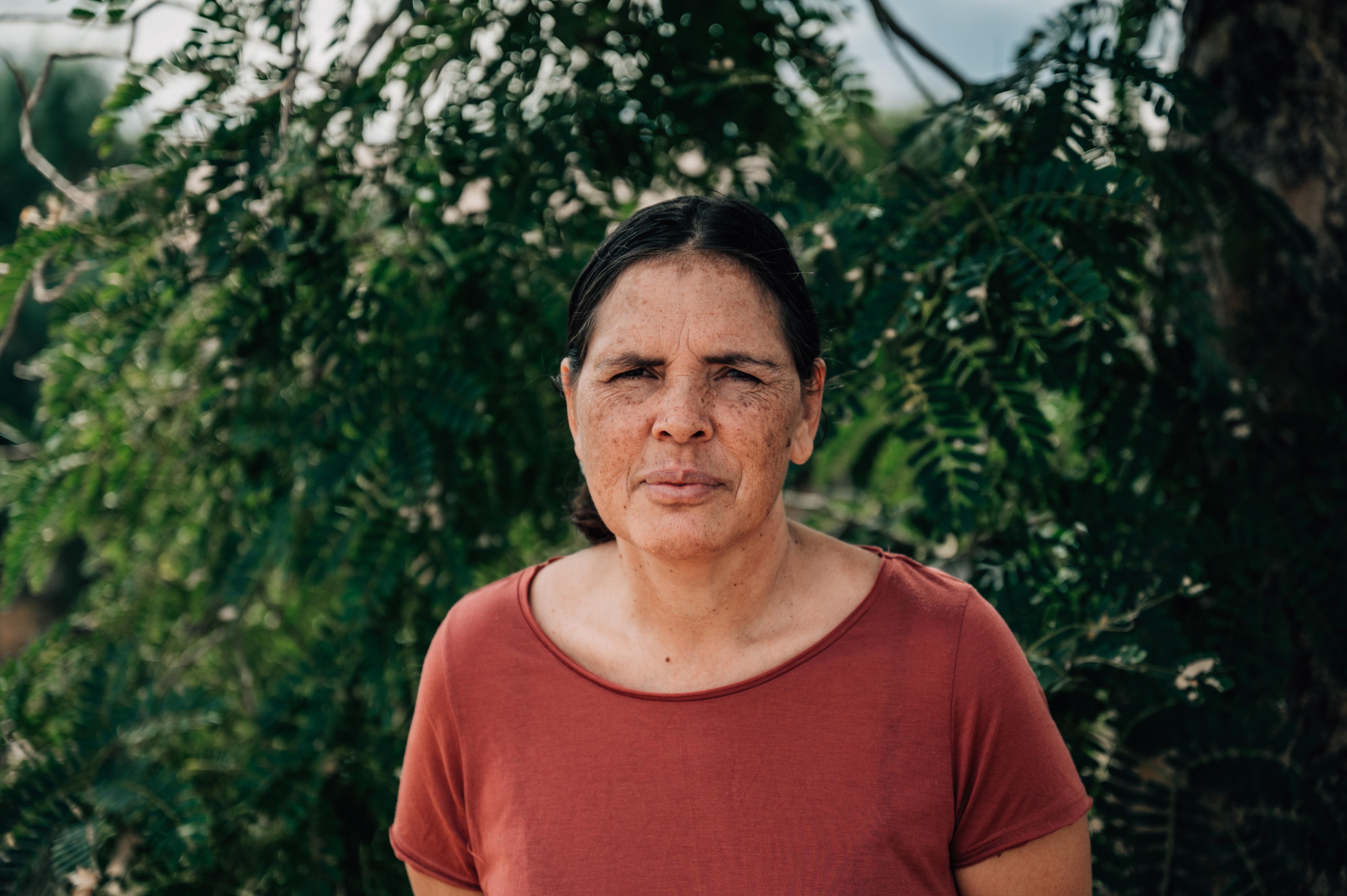 "I didn't believe I was an artist to start with. I actually just did a painting and thought nothing of it until someone came in and purchased it. As a child you imagine being a doctor or a nurse or a vet or a model, but to become something that's so meaningful to myself and to the people who purchase the artwork, that's something I'm really grateful that I found myself doing. Being recognised as an artist is amazing. People work hard for what they do, for their money, for their families. And as artists we work hard. It may not be much, but when we get our stories on the canvas, at the end of the day, when you look at a finished art piece. It's beautiful. I paint about my Country, about the wildflowers that suffocate the Country in a beautiful way, and I paint about things that have deeper meaning for me. My arts centre is my home away from home. Surrounded by family. We thrive on each other. I think that's one of the reasons we keep going. That's why we're strong, as artists, because we help one another through."

Melissa Sandy is a Yindjibarndi artist who was born in Port Hedland and is based in Roebourne. Melissa's mother's Country surrounds the Millstream Tablelandss, while her father hails from Adelaide. Her acrylic on canvas works are recognisable for their meticulous selection of colour, depicting her Country as well as narratives of personal meaning. These contemporary artworks often use fine dot work to share aerial perspectives of wildflowers or plants. Melissa began painting with Yinjaa-Barni Art in 2006. Her artworks have been exhibited in group shows in Perth and the Pilbara, and in a solo show at Sydney's Chalk Horse Gallery in 2011. She has won several prizes at the Cossack Art Awards, including Painting by a Western Australian Indigenous Artists (2008) and Painting by a Pilbara Indigenous Artist (2018), and she has had her work acquired by Flinders University Art Museum in South Australia (2014).
‍ 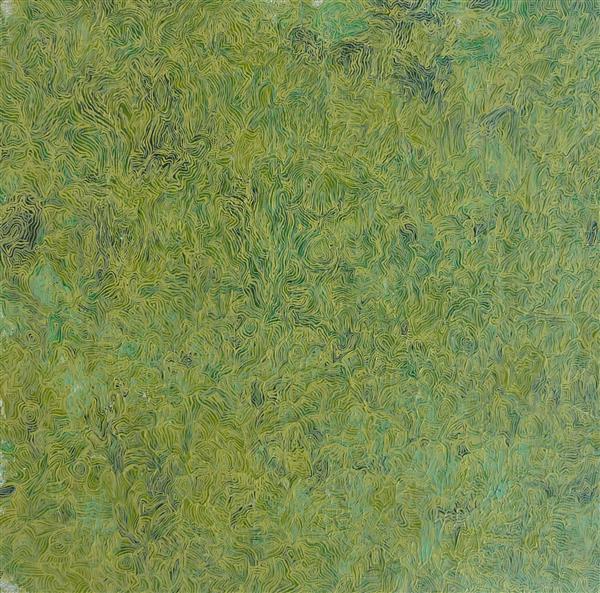 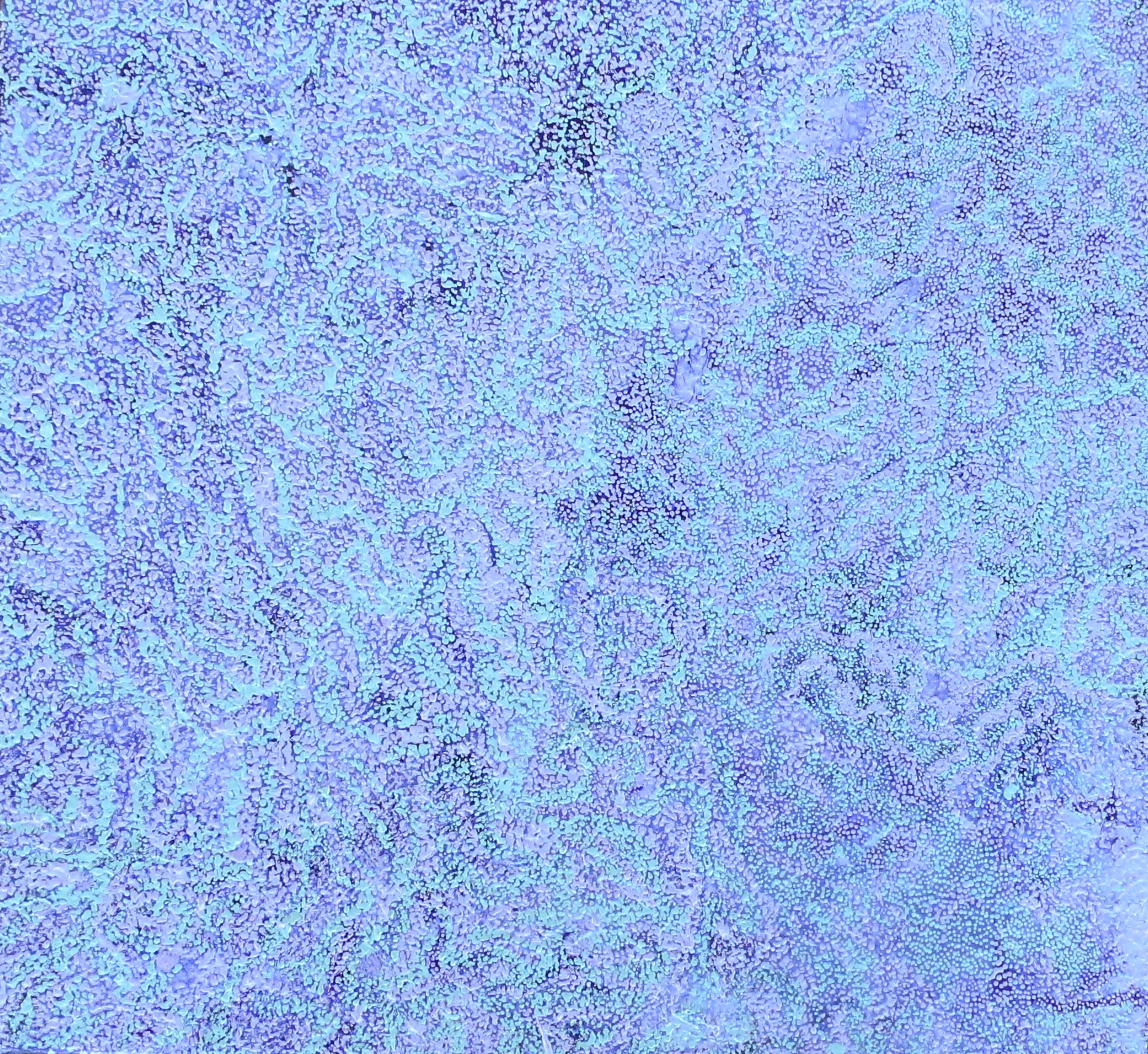